Argon ONE and Argon Remote on latest LibreELEC fixed

Got an Argon One and the Argon One Remote but they don’t work with the latest LibreELEC?

I solved it for myself just now, decided to write down my experience for how I fixed it. Note: Not liable for anything going wrong if you follow in my footsteps, and no I wont troubleshoot yours if this doesn’t help you. I only setup an account here to share what I did, and wont be checking for replies. Argon is free to send me goodies as thanks though if they hop in my DMs.

My setup:
RPi4 8gb
Argon One M.2
Argon Remote
LibreELEC 10.0.0.2 installed with the Rasbpberry Pi Imaging software (Grabbed a USB extension cable and the U adapter that comes with the case, and plugged it into my PC with the bottom half of the case disassembled. The official RPi imaging software reads it fine)

I used another PC with an SSH client, although if you figure out how to use the terminal inside LibreElec you could probably do all the bash stuff there. If you want to use SSH, make sure you enable SSH in LibreELEC and set a good password yeah? It is not turned on by default. I used a "# " to designate bash command lines.

At first, I followed the guide provided to install it.
(did everything, including ignoring an error message, which did pop) 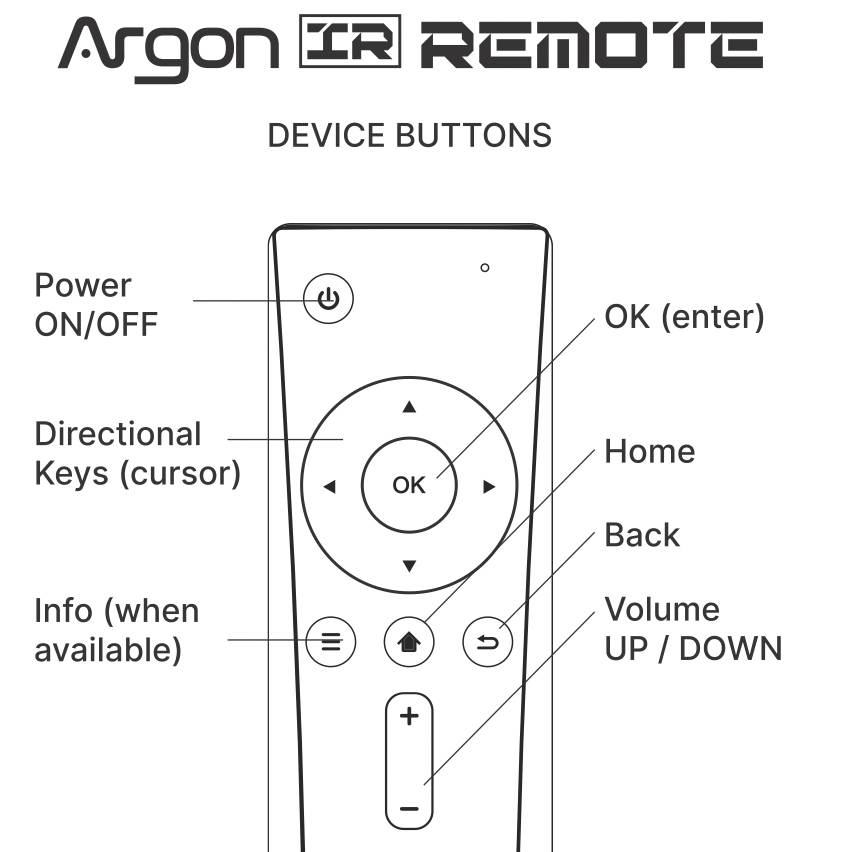 Download PDF   Please download the PDF through the link above and follow the instructions to install the Argon Script for LibreElec and activate the Argon Remote Functionality.

Bit of a shortcut I took, just get to the command line and download it directly instead of fiddling with a USB drive:

This downloads the zip file to whatever directory you are in, I put it in ~, aka /storage

Anyway, the installer procedure got the power button working but none of the other buttons. (which is probably where you are at now if you’re finding this post!)

I renamed it to argonremote.zip at some point during troubleshooting:

(unsure if it helped or not, seemed to do nothing)

Tried to install it similar to other OS using the curl piping it into bash:

That failed. did some digging and found one specific for the libreelec:

Then I got pretty deep into the files and found a setting that was commented out, and had the wrong address, I think uncommenting/adding the dtoverlay line was what fixed it, however I left the rest of the above to show my path if someone wants to make a more optimized tutorial:

After getting in via SSH:

Then I looked for a line like this: (google said it should be near the end)

Mine was third from the end, so use the arrow keys to go down there. Mine was commented out and had an 18 instead of 23. I deleted the leading # (to uncomment it out) and changed 18 to 23. After that, you’re still “inside” the editor, so save and exit with these keyboard shortcuts:
Ctrl + O (save)
Ctrl + X (exit)

Back to bash! one more line to clean up:

After doing all this, I just needed a reboot.

Hopefully something in this fixed your remote/allows you to use it as it did myself. Fulltime Twitch streamer here, absolute newbie when it comes to all this. I don’t have time to watch Argon forums as I don’t work here and have my own show to run. I’m sure there is plenty of optimization in the install scripts/way that I went about this, but this worked for me. Feel free to send me nice messages or even a tip over at grimli.tv if I was able to help you!

Did you forget to instruct to install zip file as an extension in libreelec after downloading it ?