The OMV that was downloaded from the script was for v. 6.0.10, but the documentation for OMV was 5.x.y. Very difficult to follow for someone who has never used it before. Will try again when docs catch up to what is downloaded.

Also tried using Nextcloud & Owncloud but my knowledge of Linux systems is very ground floor, but I’m working on the learning curve.

I must have gotten lucky then because after following the installation instructions that came with the device I was able to get things running perfectly. Other than that, what did you need? Because once I followed them, I was able to set up everything in the browser… I believe I even set up wifi using the browser. The only other thing I had to do via SSH was configure RAID and edit the terminal font size becsuse j was using my TV and could not read the text.

Try this video.
Ignore the installation bit and just watch the setup/config. Although it is for verision 5 the instructions are very similar to ver 6 so you can easily translate and follow.
I followed them and setup my OMV no problem.

Hope it helps you 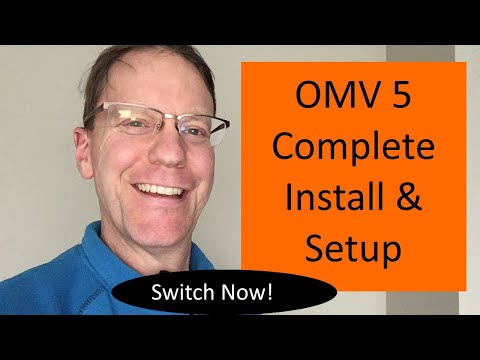 Thank you for the feedback & link. I just finished watching his video for the OMV5 installation on Pi 4B. Referencing this video, I plan on retrying the installation this next week. Will follow-up if successful.
Again thank you

Don’t cut yourself short, luck has nothing to do with it, you have the technical knowledge to be able to use the instructions that I found harder to understand.

Not knowing anyone’s background in using Linux, Raspberry PI hardware, etc., my background has been in Microsoft for a little over 45 years. I worked a project in the integration of Sun Systems (Solaris) with Microsoft for several years. Was never interested in learning any more than what I did for that project.
While reading some online newsletters a few years ago, I came across the SBC term. Started doing research purchased a Raspberry Pi 2B (256 MB) to tinker with, I currently have 18 Pi’s in my basement, 4 of which are powered on 24/7. Seems every time Kickstarter has a new project with Raspberry Pi I back it. CrowP1, CrowPi2, Raspad 3, Pi-Top[3], Pi-top[4], Argon EON. My wife thinks I’m crazy. Of all the projects I backed Pi-Top & Argon EON have had my most interest. Since I retired I try to learn something new everyday, to exercise my brain to keep it active. I’m 71.

Thank you for the feedback.

Ah I see. Well don’t feel bad in 37, my dad is about 4 years younger than you and he always has me send his text messages to people because he still has not been able to sit down and learn how to send a text. You aren’t doing so bad. As long as you keep trying and you keep failing you’re learning. Just don’t stop and you will be ok.

Followed the instructions in the video you supplied and pieced my way through it. I figured out where I originally went wrong. I never mounted the drive after creating them, I got confused with the create/mount button in storage → disk. I guess I thought after it was created it was mounted. I guessed wrong. Anyway I can access the EON NAS (2-6TB WD HDDs) from my PC and RPi’s.

Thank you for sending the link.