Thanks for the forum! While I’m waiting for the EON to arrive and see the post for mdadm, I thought I’d ask a quick question…
Is/will ZFS be supported?

I have not tried it yet. But if you install OMV you can install the proxmox kernel and use zfs.

I’m not a big fan of OMV. What I’m really looking to do is install Ubuntu server, The Argon SATA control software (hopefully it’s compatible with Ubuntu), and ZFS.

Proxmox on top of OMV? sorry for noob question. At home I have a proxmox server (regular) and I wanted to add proxmox backup instance on the rpi but I thought also that ZFS shouldnt be possible. Can you give me some background about OMV with Proxmox?

We use the ASMedia chipset similar to the Argon ONE M.2 and it works fine with Ubuntu.

I haven’t tried it out, but researching the topic I came up with this: 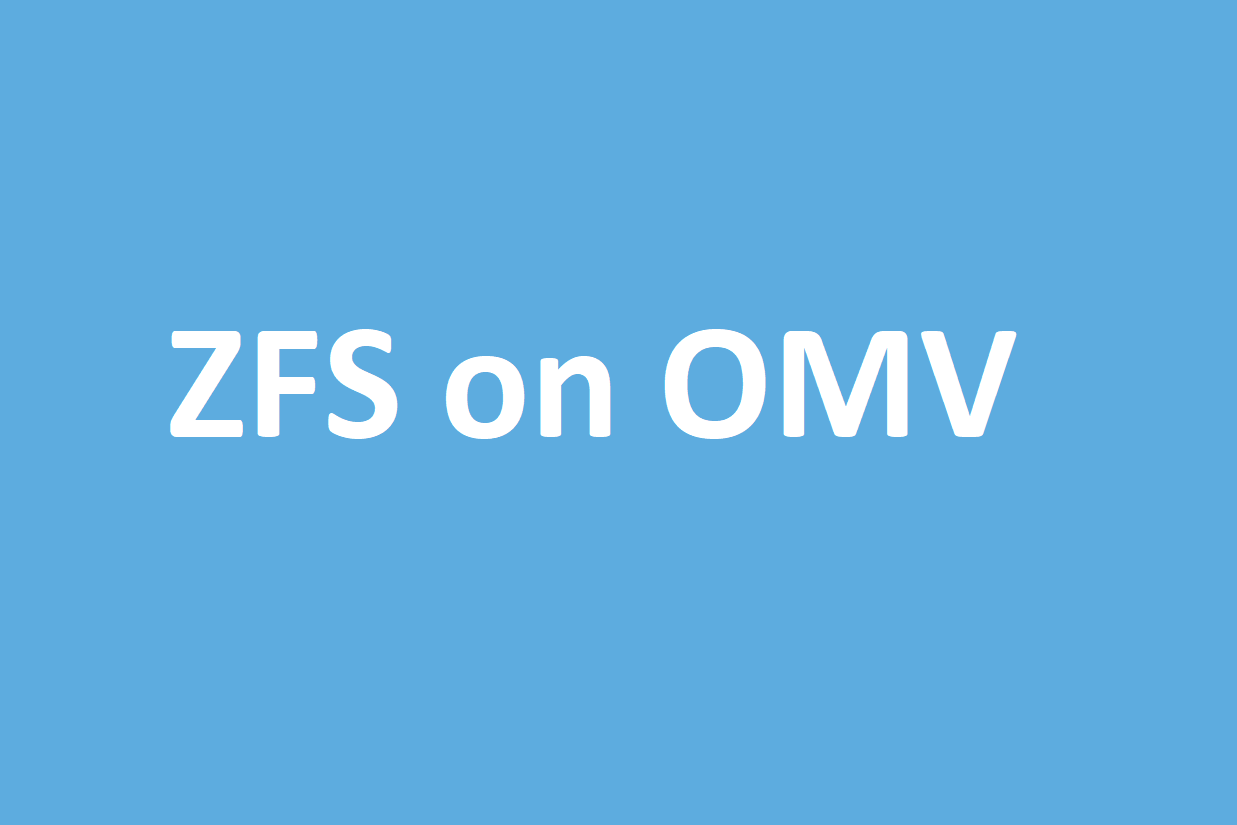 OMV supports ZFS. Install the OMV-Extras plugin and follow the below steps to enable ZFS on your Open Media Vault server.

I just don’t know if the extra overhead of zfs is worth the ram on the pi.

That’s good to know. Thanks.
I like Ubuntu server over Raspbian. It just seems a little more solid to me.

For my setup I’ll have 8gb to play with.
Mine will be a remote server for backups. So it’ll be sitting in a Wireguard VPN pool. I’ll admin it through Webmin on an SSL server index pool.

Sorry for late responsen. I’m currently running Ubuntu Server 20.04 on a 4GB raspi (with zswap enabled) with two 4TB drives zfs in zraid without any problems but I think 8GB is recommended. Haven’t tried using zfs for root yet.

Excellent! That’s just what I wanted to hear.

I’ve run ZFS on 4Bs in the Argon One M.2 with no problems. I did not use either the M.2 or the SDcard in my ZFS setups. I had 4 8TB drives set up as a ‘mirror of mirror’ configuration. It’s been a few months and I have forgotten the exact ZFS terminology. I believe this was on Ubuntu, so Pi Os might not have all the ZFS stuff in the repository. It probably does, though.

ZFS is not fast. The Pi is not fast, USB3 to external hard drives is not fast, and hard drives aren’t fast. It all worked perfectly fine, though. I don’t think I hit 100MB/sec with this configuration. Gigabit Ethernet saturates before you hit 125MB/sec, in any case. Have fun! A full ZFS setup in your home!