Anyone else have issues with one or more of their SATA connectors? I’ve got one that seems to not be able to write any changes to disk. I’ve tried multiple disks. I can move the disk to the other 3 connectors and it works fine.

change /dev/sdX to one of your devices…

If this works, then do a

Thank you for the response. DD is actually how I was troubleshooting the setup and came to the conclusion that one of the connectors was having an issue. I moved the same disk from one connector to another. For each connector I attempted to write data using DD. I also powered off the device entirely before moving the disk each time. Only one of the connectors gave me problems. I can move the disk to another connector, write data just fine, move it back to the problematic one and it fails.

That does sound like a hardware issue… from your first message it appeared to me that the problem was all connections. You might want to try disconnection the board with the sata connections and making sure they are all properly seated.

I would file a bug report.

Yes, I am having a similar issue. Facing the front of the Argon EON, the second SATA connector (from the left - see attached image) seems to be faulty: 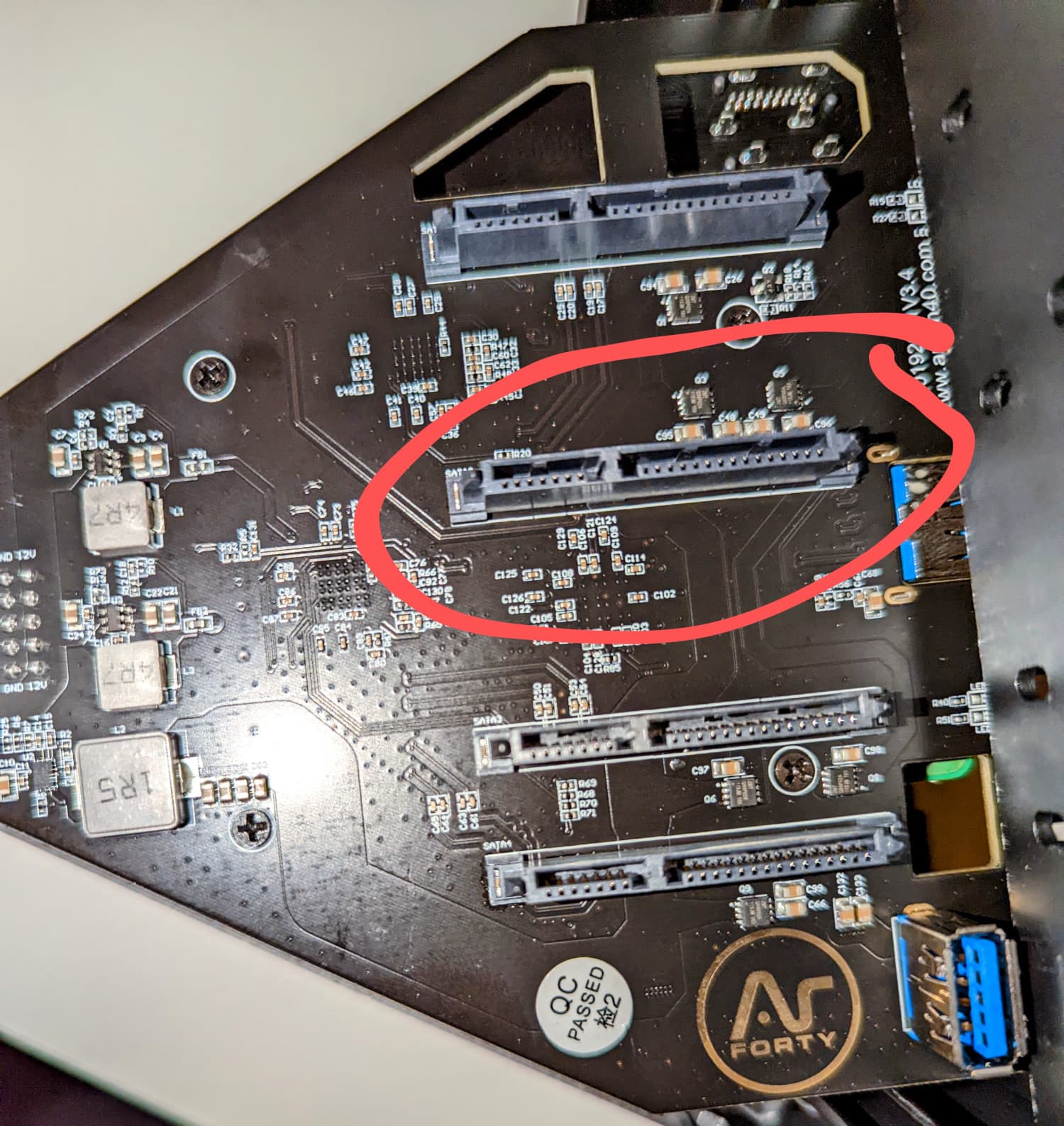 I actually removed the SATA board, inspected for visible damage (none found), re-inserted, and then tested each SATA connector individually. What is strange is that a drive inserted in the faulty SATA connector will actually mount properly but will start logging repeated errors and then get mounted as read-only after approximately 1GB of data has been copied.

How do I go about getting a replacement SATA board?

Is this actively monitored by the Argon team or rather intended to be a self-service forum with assistance provided by community volunteers?

I submitted a bug report (with a request for a replacement SATA board) 10 days ago, received a (Zendesk) response (from Kenneth) that “the Argon team was out for Chinese New Year”, and haven’t heard back since.

No idea if this is actively monitored, but I know some locations are offline until the 20th.

Have seen this message in other threads regarding contacting support and return to work.

“email our support at cs@argon40.com … we resume operation on 3rd week of february.”

@NHHiker and @CM9 : Thanks - hopefully the Argon team will be quick to respond once they return to the office.

They seemed reasonably responsive propr to vacation. The celebration is a very big deal in China.

I have some of the same issues (see my post) with I/O errors and 2 SATA connectors after they are seen by OMV6 and Twister OS I can’t partition them. It seems for me it’s always Connectors 3 &4.

I’ve contacted Argon support at cs@argon40.com and waiting for a response.