Facing the front of the Argon EON, the spacing between the third and fourth SATA connectors (starting from the left) does not seem to be designed to accommodate 15mm height drives. 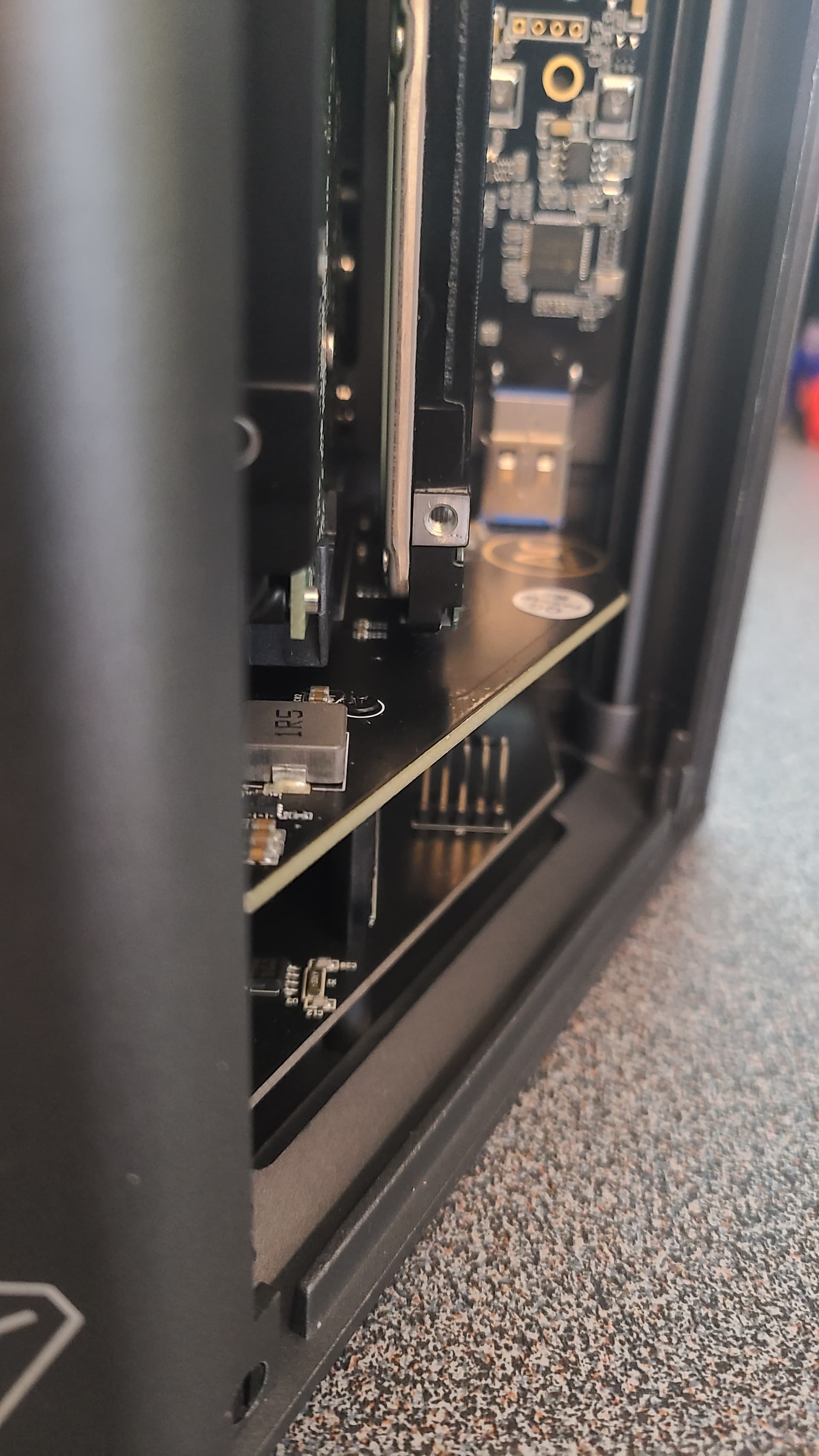 Thanks for posting. As I suspected, it seems that the SATA connectors were designed for 2.5 inch drives with a drive height of no greater than 9mm.

Are there plans to change this to allow for 15mm 2.5 in drives?

I threw in 4x 15mm drives and they “fit” but it’s a VERY tight fit, and I probably would not recommend it. However, I already bought the drives and didn’t want to drop capacity, so I’ll give them a whirl.

I was testing using Seagate 5TB (model ST5000LM000) and (for the fourth drive) it was not possible to properly attach to the back case (using the screws) once inserted into the SATA connector.

I used the exact same drives. I had to drill the mounting holes a little bigger, but let’s keep that between you and me!

I have exactly the same intention to do also with these HDDs would it be possible to get a photo from inside and outside? 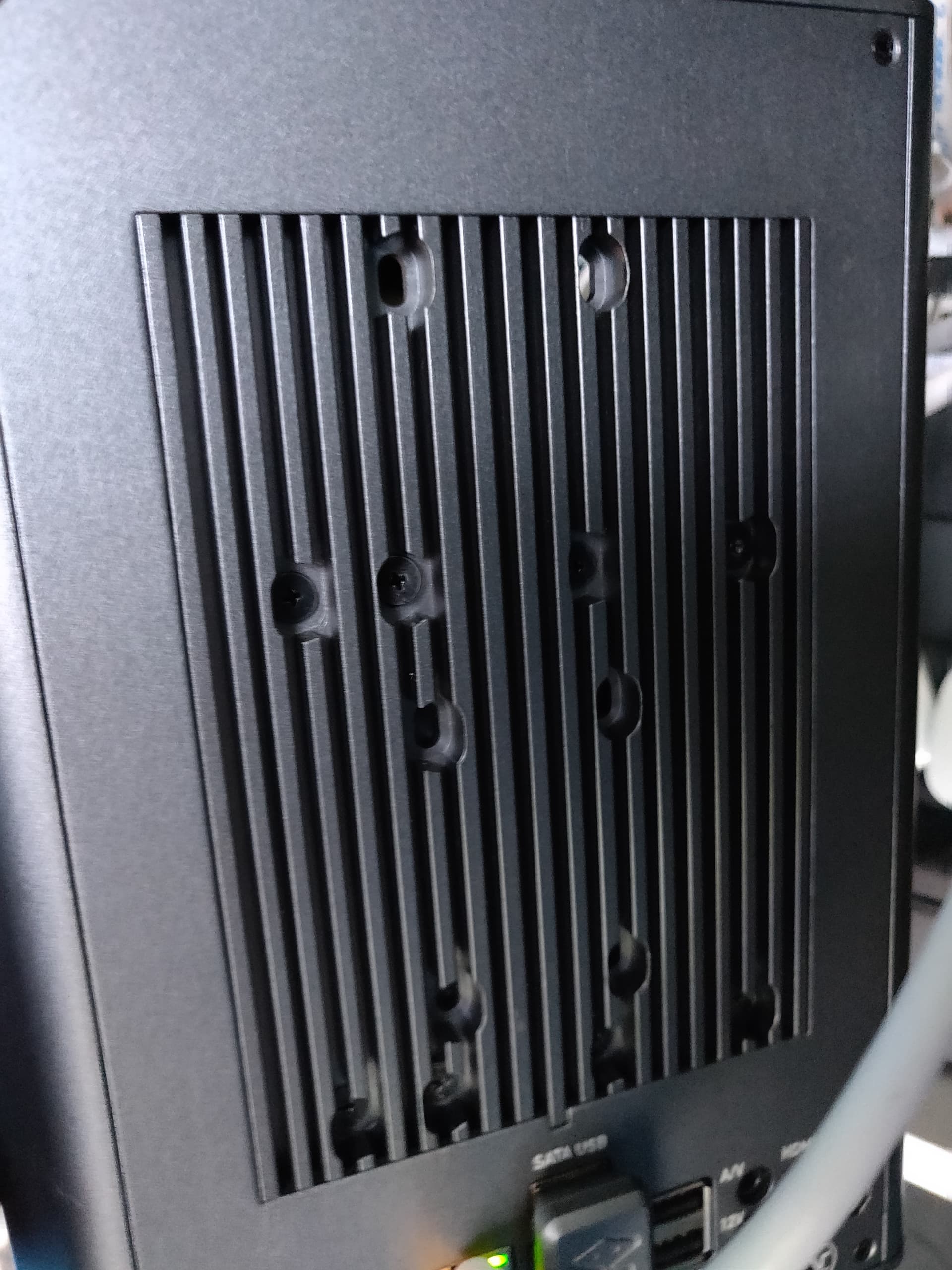 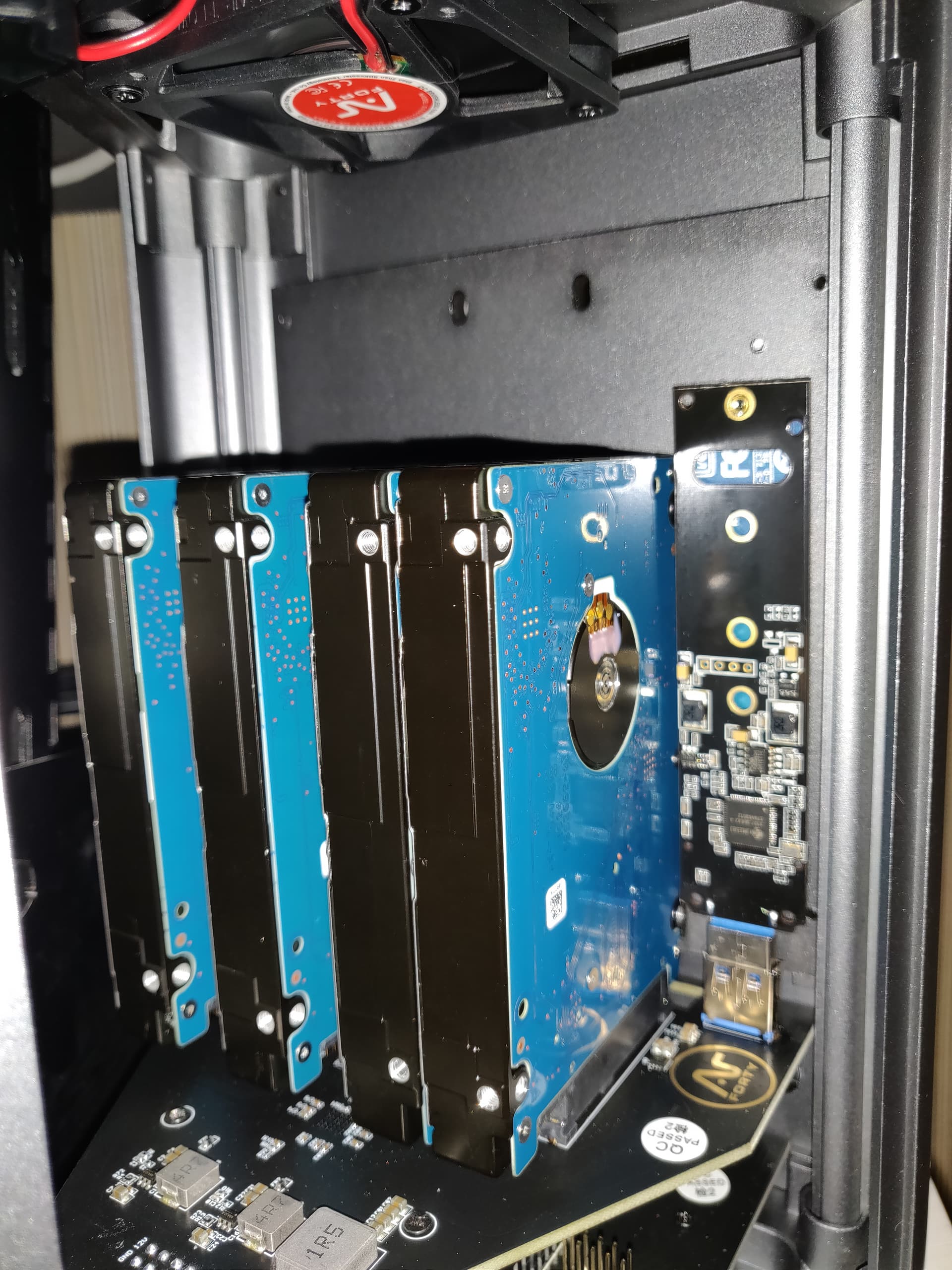 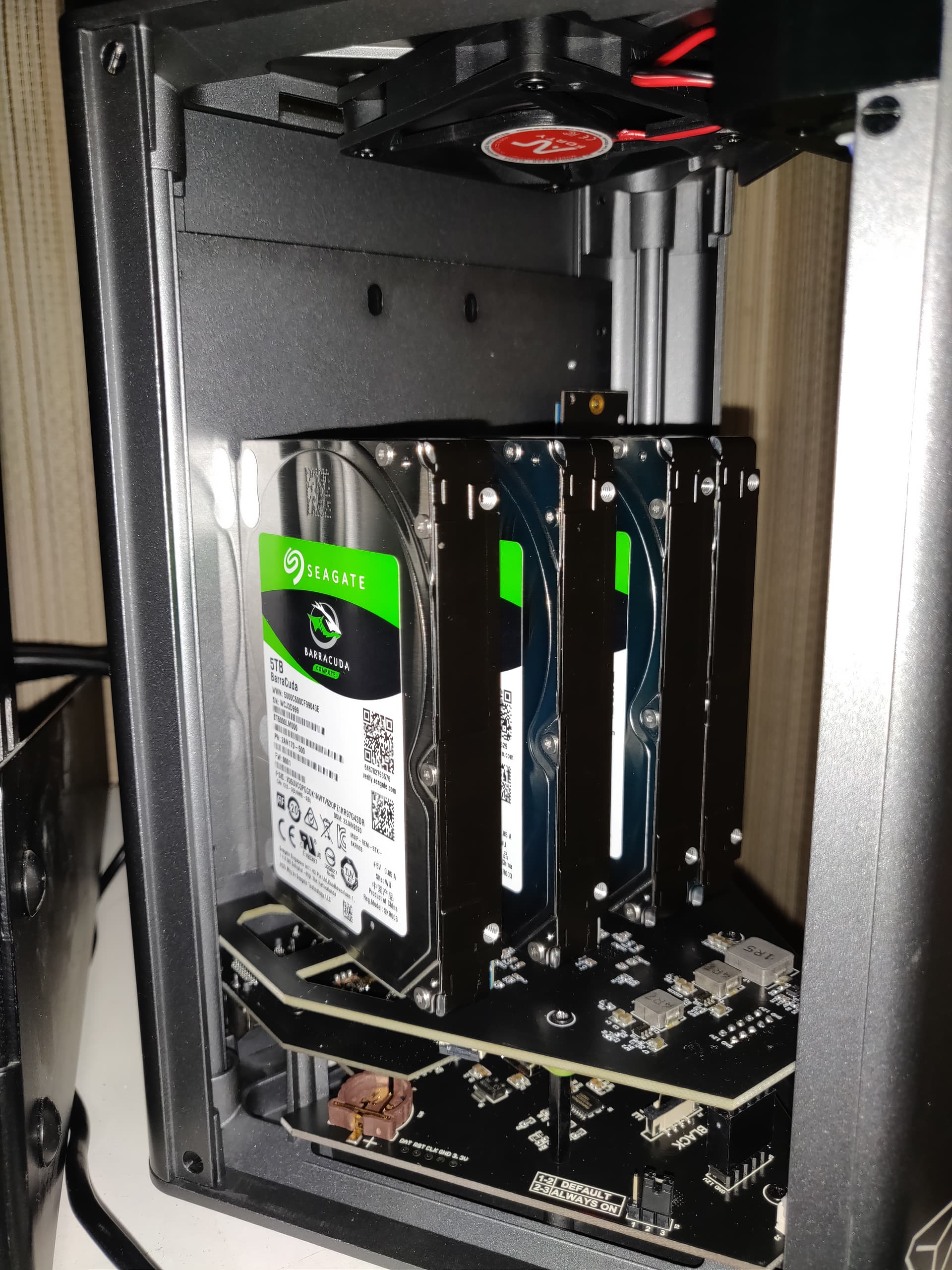 Aesthetically you can’t really see any difference. When I say I drilled the holes a little larger, I mean a tiny bit larger. If I had persevered I could probably have squeezed them in without drilling, but it would’ve exerted a bit more force on the drives, and thus the connectors.

Thanks for the pictures

Right that looks extremely tight but fits and the few degrees temperature difference are I think not so crucial.

Aww that’s cute!
Would be a nice fit.

Since the 15mm hard drive’s threaded holes are located closer to the top versus bottom of the drive, it should be possible to rotate the third hard drive 180 degrees (vertically so that the SATA connector is pointing up) and then mount to the back of the EON case via the top two holes (intended for mounting 3.5 inch drives).

This would provide a few additional millimeters of space (between the third and fourth hard drive) as well as some amount of space above the SATA connector (to allow for a SATA ribbon cable as well as facilitate additional airflow for cooling).

Probably a wise idea. I did what I did but it’s certainly not a recommendation!

@PabloCreep - How well have those 2.5" Seagates worked out for you in the Eon? I’ve been eyeing the same configuration since learning about the Eon at the start of the year. My main concern has been that they’re SMR units and performance may not hold up under load, or that they may generate a fair bit of heat. My alternate configuration idea with 4x 4 TB SSDs is overkill for both performance and cost.