Pi only boots after unplugging and plugging the power back in with Argon One M.2

First of all please forgive me for being fairly new to using the raspberry Pi for much more than a media player! Whilst this does only happen when using the case and SSD, please do let me know if this is the wrong place to be

I’ve followed all the instructions, including hardware and installing the script for fan + power.

When using the SD, rebooting/shutting down and back up works fine, but with the SD removed and Pi OS installed on the SSD, reboot and shutting down & booting up does not work— I have to remove power and put it back again for everything to work. That includes using the power button as well as from Pi OS GUI and terminal.

As I plan to be able to reboot remotely for a project or use the remote, I’d really like to fix this.

This is the screen that appears indefinitely after booting without removing and putting back the power cable: 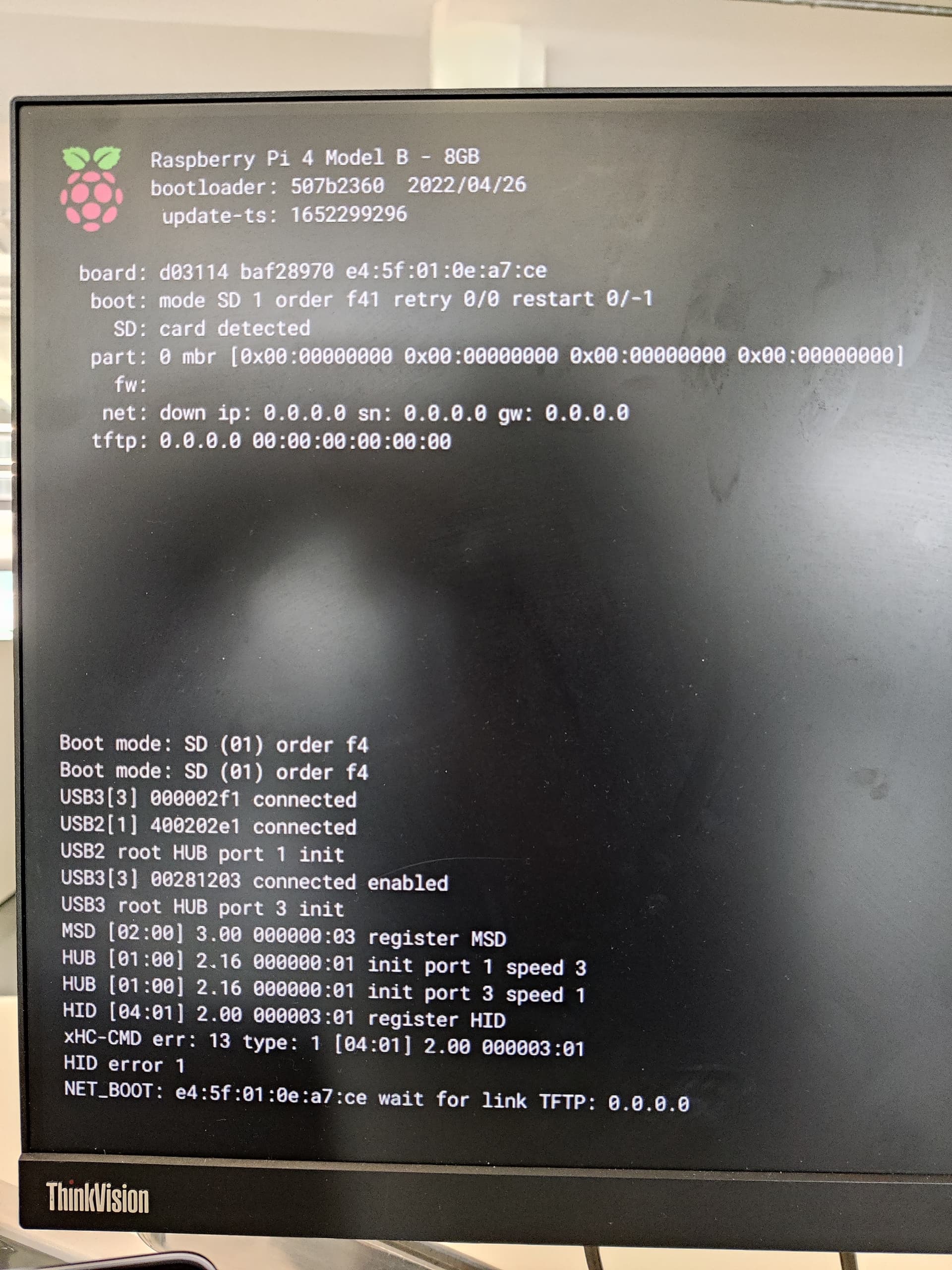 Otherwise this is such a great case, I have the remote too which is fab, and Pi OS feels so smooth!

Any help would be hugely appreciated,

All the very best!

Looks like your pi is configured for Network booting.

I have two of the m.2 bases and both boot from the m.2 SSD without issue.

I’ve tried putting all three first with no difference!

But thank you very much for your help

I think that maybe all three are not picked up without having removed and added the power cable, just not sure why the SSD is not being picked up!

If anyone has any advice, would be hugely appreciated!

Still only booting after power cycling.

This is still an issue, has anyone else had a similar issue?

I notice that this happens regardless of the OS and boot config / order.

Again, boots perfectly if I remove the cable and then plug back in and power up, just not rebooting or shutting down and starting up again.

It’s starting to sound like a problem with the M.2 base. It’s basically a USB drive. Can you reproduce this problem with the base disconnected, booting from a thumb drive? Do you have a spare base to swap in?