PI and HDD's and EON

I’ve been playing with the Raspberry Pi’s for a while now. The EON looks like is basically an enclosure that is sata to usb basically but everything is in a case.

In a nutshell you are basically connecting HDD’s to a usb hub to a usb3 port on the raspberry pi. You can use any linux disk utility to setup your drive as long as it will run on the OS that you are using on your pi.

What I would like to see in an Argon EON is support for 4 3.5 HDD’s. I have lots of PI’s and HDDs just not a good all in one way to attache everything in one nice case.

As far as software you can install anything that will run on an ARM processor. The only limit is the scripts that are included like OMV.

@tc-dal welcome to the forum.

According to this previous post by @joseph.zapanta from Argon, the outer two disk positions can only support the power for 2.5" drives.

We have tested the 18TB Seagate and it worked just fine (After the Kickstarter Campaign was posted). So we indicated it in the packaging specs. Yes, different HDDs require different power and the 2 middle HDD Bays are the only slots that can handle a 3.5 Inch HDD. The two slots on the sides can only power 2.5 Inch. We don’t expect a lot of users though to use the 18TB at the moment as it is still crazy expensive.

I guess I should make my question clearer. Is the EON limited to 60 Watts by the internal power regulator or the external power supply that is used?

From the looks of it, with the spacing of the SATA connectors and the shape of the case, it is not physically possible to put 4x3.5 drives in the case anyway. So the question is moot unless you have the sides off and a drive hanging out the side of the case on an extender which kind of defeats the object of using an EON. 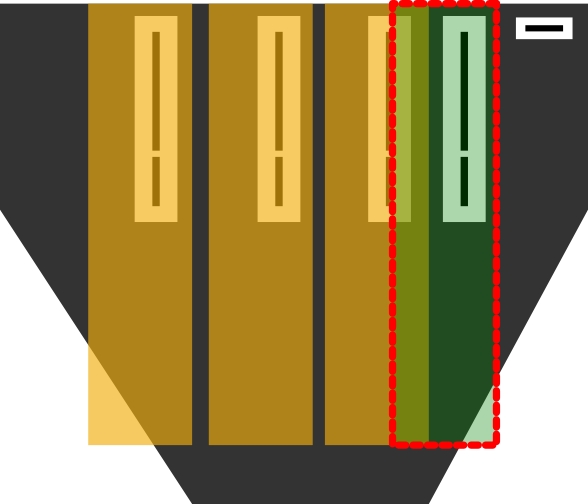 @tc-dal Aside from no space, as pictured above one SATA connector only has enough spacing for a 2.5" drive, not the full height 3.5"…

Since the power comes into the EON via a connector on the bottom PC-Board, that board is the power distribution point. Since the box was designed for 60W, some of the parts on that PCB might not be able to handle 120W if the drives pulled it.

Personally I would not do it, but if you do try it let is know.