I am using an Argon One M.2 case version 06182021V2.3, a Kingston SA400M8240G SSD, and a CanaKit 3.5 amp PSU. When I boot, I get the common low power warning on the desktop, but it is not consistently on. Using a USB tester, I noticed the USB 5vdc rail dips to 4.65vdc periodically and sits at around 4.8vdc. I get about the same level with the USB bridge adapter AND pulling it and using a powered USB 3 hub with a separate 4 amp PSU. I checked the specs on the SSD and they are actually lower than the WDS500G2B0B I have read about being successfully used for this. I am not sure what else I can do and looking for suggestions. The voltage on the power input through the USB-C connector is a steady 5.1vdc.

Also, there is a gold pin on the SSD board inside the case that appears to connect to the underside of the RPI4. What is this pin for? I looked at countless pictures of the Argon One M.2 via google and do not see that gold spring pin in any of them. I also googled it and cannot find any information also. It is labeled “H1” it looks like. At first I suspected it was to bridge the input 5vdc rail with the USB rail, as some invasive mod posts suggest in order to up the power to the USB ports without needing a HUB. But I am still having the power issue without the voltage drop on the main rail.

It is too bad that the SSD board does not take it’s power from the main 5vdc rail instead of the USB rail, or I suspect there would not be a low power issue in the first place. 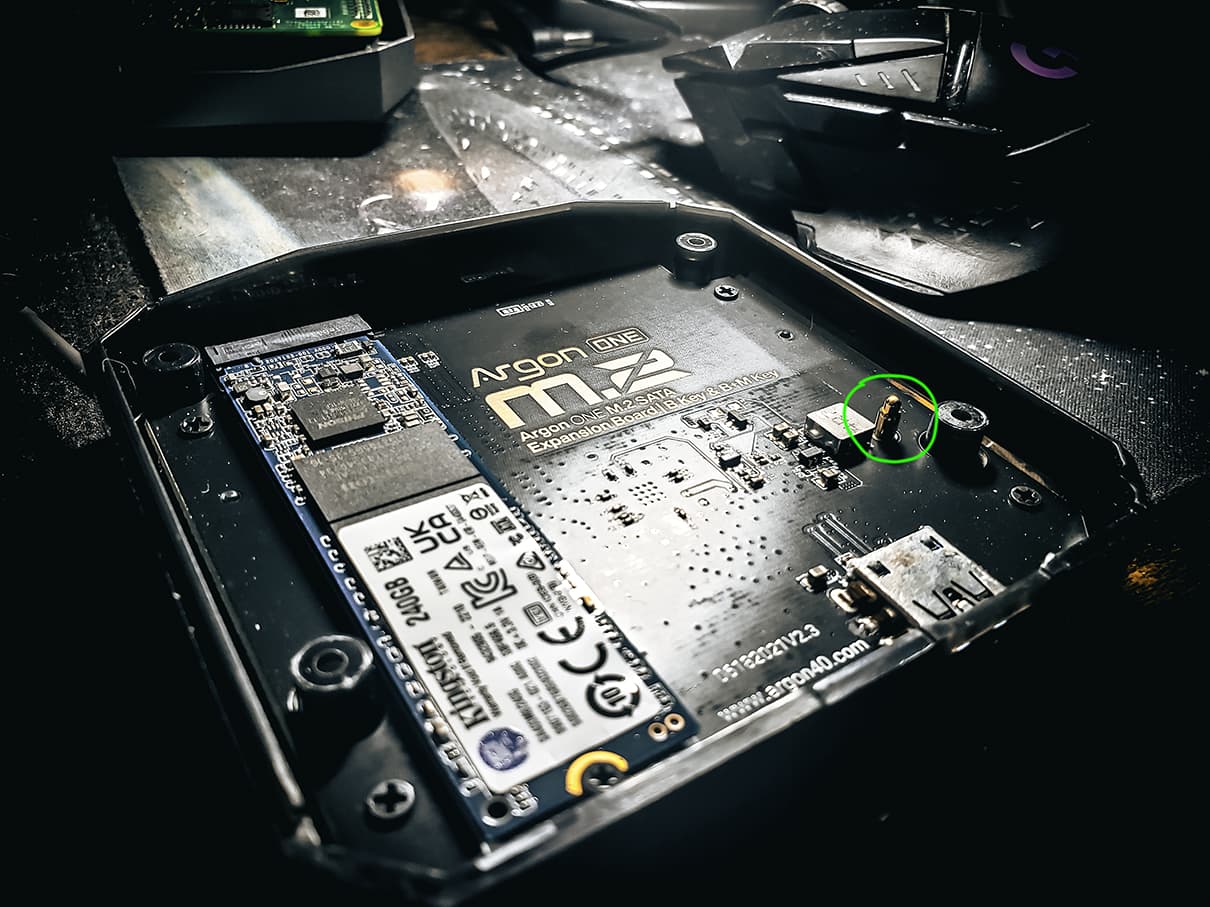 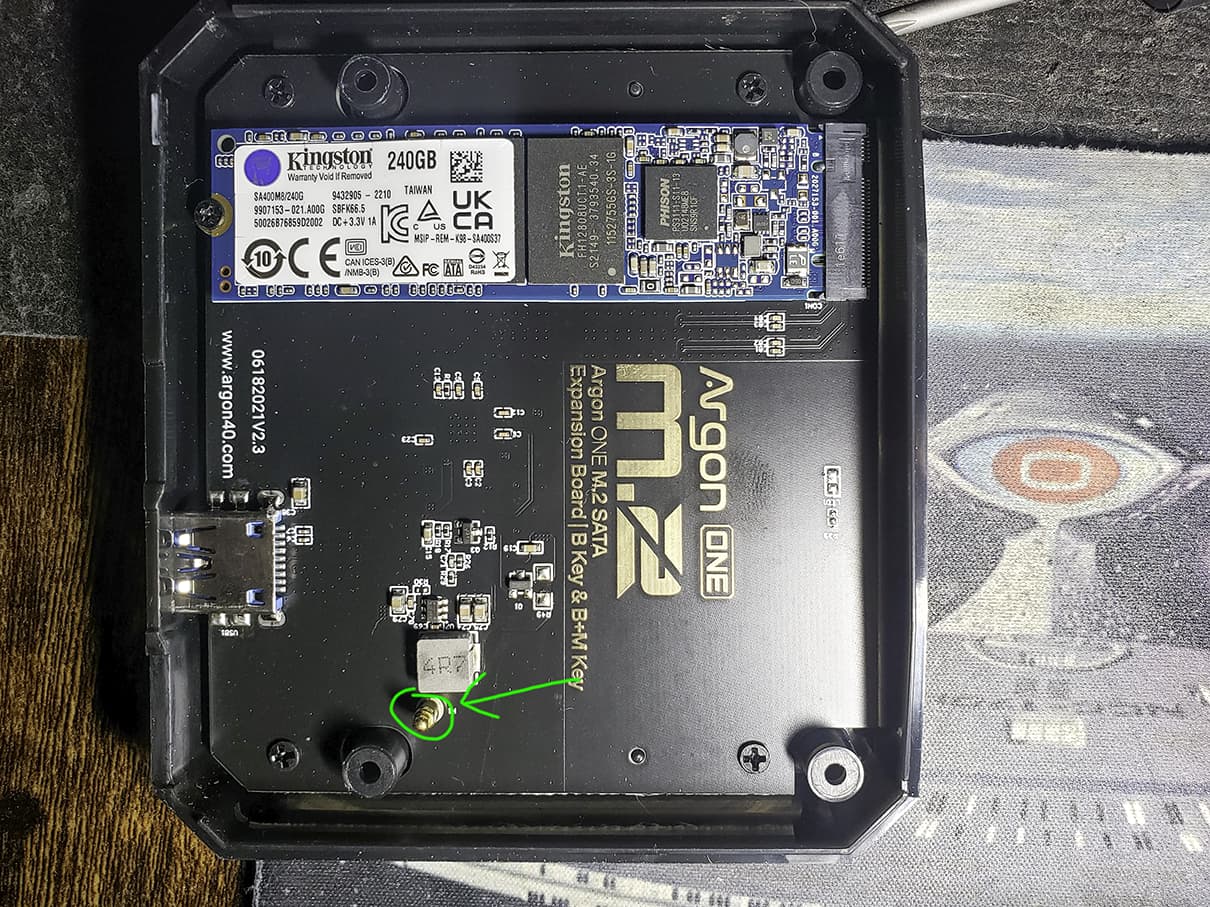 the gold spring pin you refer to is suppose to draw power directly from the power supply for the M.2 module instead of just relying on USB power rail. I think the low power issue would be more likely with the power supply use.

That is what is curious to me. That if the power is pulled from the main rail for the bottom SSD module using that pin, why bother with using the USB power rail at all? I guess what is confusing me is how a beefier power supply will make a difference in what the USB rail provides, and I only see a drop of 5.305 to 5.145 (average) during boot, settling at 5.180 at idle. On the power input to the PI that is.

I guess I need to use my 10 amp Meanwell PSU that I used before, when I was running the RPI3 and two hard drives through a USB powered hub. That should put the issue to rest if it is the PSU. But if I still get the warnings, then it would be safe to say that the SSD is just too much, even using the Archon One and it being a low power SSD… right?

NOTE: Just powered it up and no low voltage warnings at all for … now 10 minutes. This is frustrating!

The power for Raspberry Pi USB max out at 1.2A. It might be low for NVME ssd drives. The new pogo pin would draw power directly from the main power supply instead of just the USB power.

I would think so. I do not know of ANY SSD devices that need 2 amps or more. If that pogo actually supplies it though, why am I still getting such a large drop on the USB rail with nothing else plugged it?