I try to move from SD card to eMMC for my eon configuration (running a Ubuntu Server 5.15.0-1023-raspi #25-Ubuntu).
I followed the tutorial here to transfer to the eMMC: Migrate Raspberry Pi from SD to USB · GitHub

Everything went as said in the tutorial (I used PARTUID for the boot in cmdline.txt)

The problem is, then I reboot without the SD Card and I get a message: Failed to open device: ‘sd card’ not found.

Anything I missed? Is there something more to be done with the nas?
Anyone managed to successfully boot from the internal USB A?

And I followed the changes in this tutorial as well without chance: Raspberry Pi EEPROM Manager - Raspberry Pi Forums

The first boot is correctly set to USB: 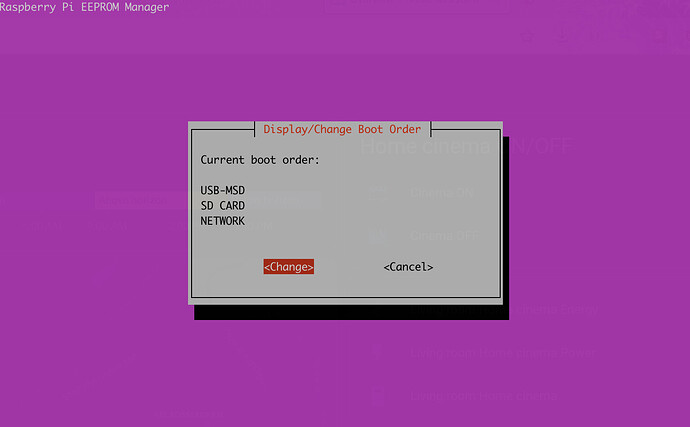